This translates from the Italian as ‘restricted’ and the idea is to produce an even smaller and stronger cup of coffee than an espresso. This is done by using less brewing water for the same amount of ground coffee. The grind of the coffee should be finer so the brew time remains long enough to extract all the desirable aromatics from the coffee.

The lungo, or ‘long’ coffee, was until recently considered deeply unfashionable in the speciality coffee world. It was usually brewed using an espresso machine but with two or three times the amount of water to the same weight of coffee to make a much longer drink. The resulting cup was much weaker and, while a longer-lasting experience for the consumer, it was considered inferior due to the lack of body and mouthfeel. In fairness, most coffee brewed this way is terrible, and tastes very bitter and ashy.

However, recently there has been a movement within the speciality coffee industry to brew lighter roasted coffees this way, resulting in a complex and balanced brew that I think can be delicious. If ever you are struggling to balance the acidity in an espresso blend, try making it into a longer drink by adding more water to the same amount of coffee. The grind will need to be made a little coarser to allow a faster flow and prevent over extraction.

This drink takes its name from the idea of ‘marking’ or ‘staining’ an espresso with some milk foam. In Italy it is not unusual to see a busy barista line up several cups of espresso on the bar for the customers. If one of the customers ikes just a drop of milk in their drink, it is important to add a small dollop of milk foam as well to mark which cup it is. If you pour just a little milk into a freshly made espresso it will disappear under the crema, and you won’t be able to spot it.

In the last decade or so, many quality-focused coffee shops have done something quite different with the drink. They have turned a macchiato into an espresso topped up with foamed milk. This is often done at the request of the customer, who wants a longer, weaker and sweeter drink. Sometimes, however, it is done because the barista likes to show off and pour latte art in very small cups.

To further confuse matters, Starbucks has a drink called a Caramel Macchiato. This is an entirely different drink, much closer to a caffe latte that has been ‘marked’ or ‘stained’ by caramel syrup. This has created some customer confusion, especially in North America, so it is now common to see coffee shops refer to what they offer as a ‘traditional macchiato’. 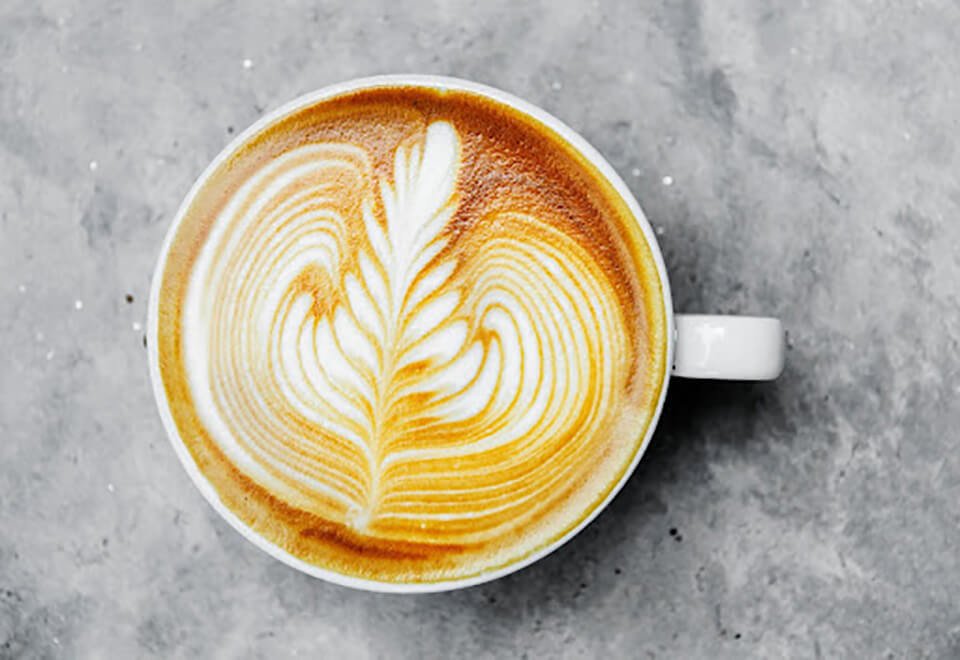 There remain a great many myths around the cappuccino. One to get out of the way quickly is that the name has nothing to do with the hoods of monks’ robes, nor the bald spot on their heads. The original name for the drink was a kapuziner, and it was a Viennese drink in the 19th century. It was a small brewed coffee mixed with milk or cream until it attained the same shade of brown as the Capuchin monks’ robes. Essentially the name implies the strength of the drink.

Another recent myth surrounding the cappuccino

is the rule of thirds. The rule of thirds is passed around to this day, and describes a traditional cappuccino as being one-third espresso, one-third milk and one-third foam. I was taught this very early on in my coffee career but this recipe has no root in tradition. I have read quite a few books about coffee and the first reference to the cappuccino rule of thirds I can find was written in the 1950s. It describes cappuccino as ‘an espresso mixed with equal amounts of milk and foam.’ This sentence appears almost verbatim a number of times in the book. The phrase is a little ambiguous as it could be saying that only the milk and foam are in equal quantities, or that all three ingredients are. So instead of the recipe being 1:1:1, the author could easily have meant it was 1:2:2. The 150–175ml cappuccino made with a single shot of espresso in the ratio of 1:2:2 does have a long tradition, and is still widely served in much of Italy and the parts of Europe that haven’t yet succumbed to more generous portions of coffee as fast-food retail. This drink is also, when well made, absolutely delicious.

I think a great cappuccino is the pinnacle of milk-based espresso drinks. A rich layer of dense, creamy foam combined with sweet, warming milk and the flavours of a well-brewed espresso are an absolute delight. The closer to lukewarm you can enjoy a cappuccino, the sweeter it will be, and I confess that the best ones I’ve drunk disappear in a few greedy mouthfuls – impossible if the drink is too warm.

This drink did not originate in Italy. When espresso first spread around the world, it was a bitter, intense and extraordinary coffee experience for most. For some people, the bitterness was a problem so they added hot milk to make the drink sweeter and less bitter. The caffe latte was created to satisfy the customers who wanted the coffee experience with less intensity.

Typically there is more liquid milk in a caffe latte than a cappuccino, making the coffee flavour less intense. It is also traditional to have less foam in the milk.

I am always careful to describe the drink as a caffe latte, rather than just a latte, because many people travel to Italy and if they order a latte there, they will suffer the humiliation of simply receiving a glass of milk. 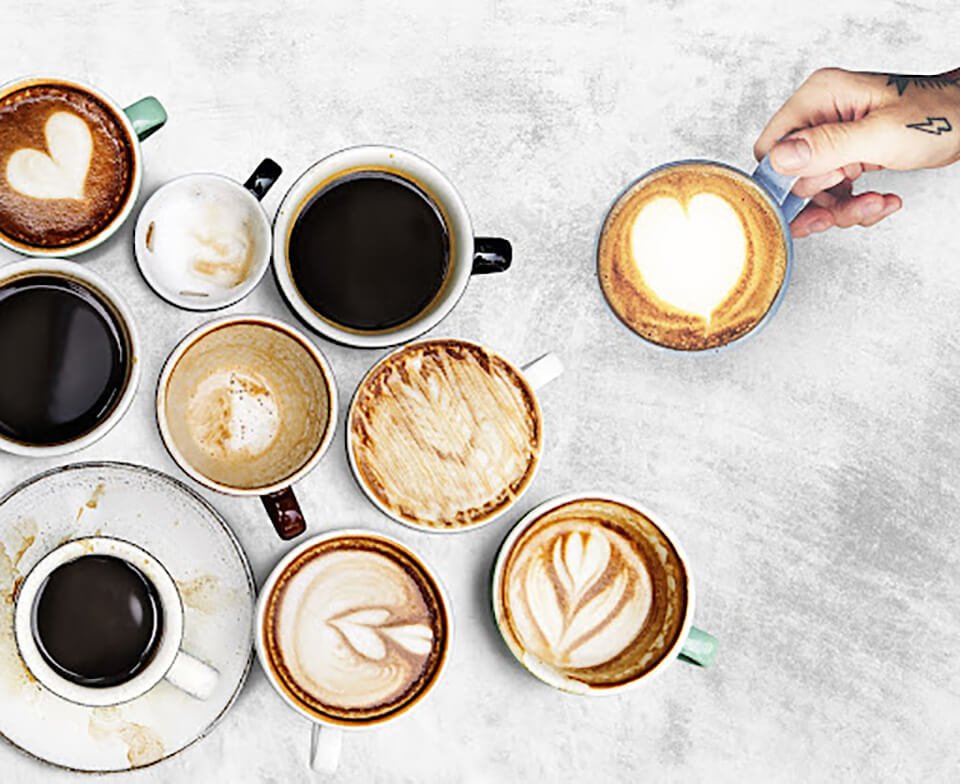 Different coffee cultures around the world have contributed different drinks, and while the rgument continues over whether the flat white was invented in Australia or New Zealand, it is undeniably from Australasia and has been spread by those who have travelled to Europe and North America to open businesses there. In the UK, the name first became synonymous with the offerings of quality-focused cafés, to the point that it was adopted by the major chains and put on their menus. The drink probably had lowlier origins, however. By the 1990s it was common, almost everywhere outside Italy, for a cappuccino to come with an enormous head of dry, meringue-like foam. Sometimes this would rise up from the top of the cup like a mountain, carefully dusted with chocolate powder. Many consumers were frustrated to be sold a cup of coffee that seemed to be mostly air and began to ask for a flat, white coffee. No foam, just coffee and milk. These became sufficiently part of the culture there that when people started focusing on quality more and more, and on better milk texture and latte art, the flat white was remade as something delicious.

The best description I can offer is that a flat white is like a small, strong latte. It should have a strong coffee flavour, and is usually made with a double ristretto or a double espresso, topped up with hot milk to make a 150–175ml drink. The milk has a little foam added to it, but not very much. This makes it relatively easy to pour intricate patterns, known as latte art, into the drink.

The story goes that the American soldiers stationed in Italy after World War II found the espresso too strong. They often asked for their espresso to be served with some hot water, or diluted down to the point that it resembled the coffee they were used to at home. This style of drink picked up the name ‘caffe americano’.

Although it resembles a cup of filter coffee, I think the americano is somewhat inferior. However, it remains popular with café owners because it allows them to serve filter coffee-strength brews without having to buy additional equipment.

My recommendations for making an americano are simple. Pour some fresh, clean hot water into a cup, then brew a double espresso on top. If your espresso machine has a steam boiler, it should be able to deliver the hot water, although if you have not taken water from the machine for a while it may taste unpleasant. Some people claim that you should never add very hot water to an espresso, and always brew the espresso on top of the hot water. I don’t think it makes a great deal of difference, I just find the resulting coffee is cleaner and looks better.

The one disadvantage of diluting espresso is that you increase the perceived bitterness slightly. For that reason, as soon as you finish brewing the americano, I would recommend scooping the crema off the top of the drink and discarding it. Crema is delightful to look at, but there are many tiny pieces of ground coffee trapped in the foam so the crema contributes additional bitterness to the drink. Removing the crema before stirring and drinking definitely improves the flavour of an americano. (I would also recommend tasting an espresso after you remove the crema – the difference in flavour is dramatic. While I actually prefer the taste of an espresso without crema, I don’t want the extra work and am happy enough to enjoy it as it is. With an americano, however, I really  do think the extra work is worthwhile.)

This is one of the few coffee-based drinks that does not have Italian origins. In fact, it comes from Spain, most likely Madrid, where it is commonly served. Traditionally the Spanish brew their espresso slightly longer, often a little weaker than the Italians. To make a cortado, about 30ml of espresso is combined with an equal quantity of steamed milk. This is traditionally served in a glass. The drink seems to have spread and has been reinterpreted in a few different ways, but this is the basic idea behind it. 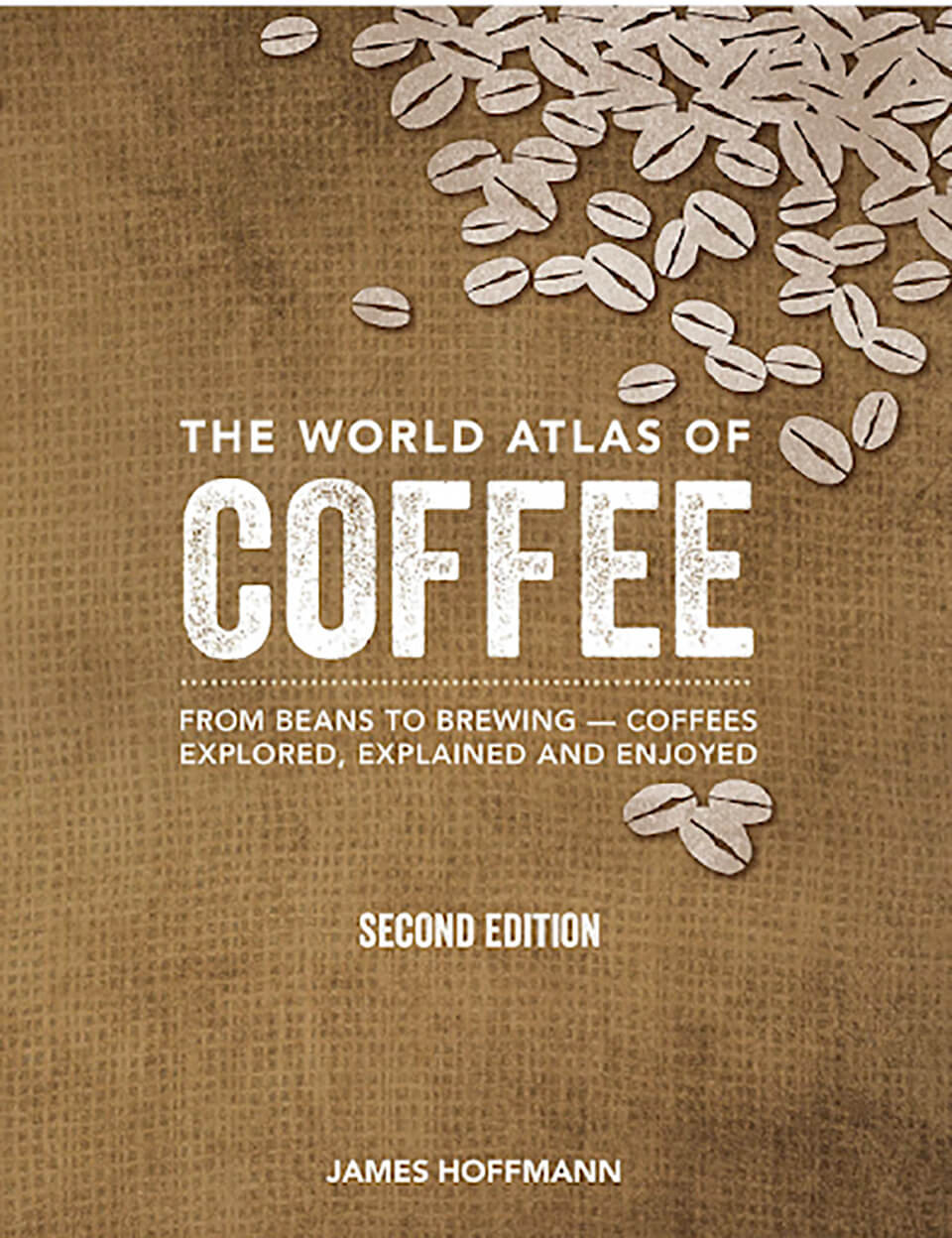