Midnight approaches in the vineyard. The January air is crisp and clear, a bracing -10°C. Conditions are ideal for the Icewine harvest. Teams dressed in layer upon layer of thermals work through the wee hours, picking grapes that have frozen on the vine. The mechanized harvester whirs into motion with a beating sound. Then, fighting time and temperature, the pressing of the frozen fruit begins.

“The thing I love most about making Icewine is knowing something so beautifully elegant can come from such harsh conditions,” says winemaker Roberto DiDomenico, who joined Reif Estate Winery in Niagara-on-the-Lake, Ont., 33 years ago and just won gold at this year’s International Wine Challenge in London, England, for the brand’s Grand Reserve Vidal Icewine. The Niagara region’s proximity to the climate-moderating Great Lakes and unique topography make for ideal terroir for Icewine.

First crafted in 18th-century Germany, Icewine, or Eiswein, is now produced in many countries around the world, including Austria and France (in the Alsace region), but Niagara, Canada, is a leader. “The level of concentration we achieve in flavour and aroma is second to none,” says DiDomenico, adding that it takes some 3,000 to 4,000 Vidal, Cabernet or Riesling grapes to make a 375-mL bottle of Icewine. Increasingly, Canada – the Niagara region, in particular – is also becoming known for its quality Cabernet Franc Icewine thanks to its signature complexity and rich berry character.

Icewine’s concentrated honey, floral and stone-fruit notes, crisp acidity and low alcohol (about 10 percent) have captured the attention of a whole new generation of tastemakers. Chefs, sommeliers and cocktail artists revel in its intense flavour, silky texture and versatility. No doubt its glowing colour, which has earned it the nickname “liquid gold,” is also partly responsible for winning over the glam-loving influencer set. 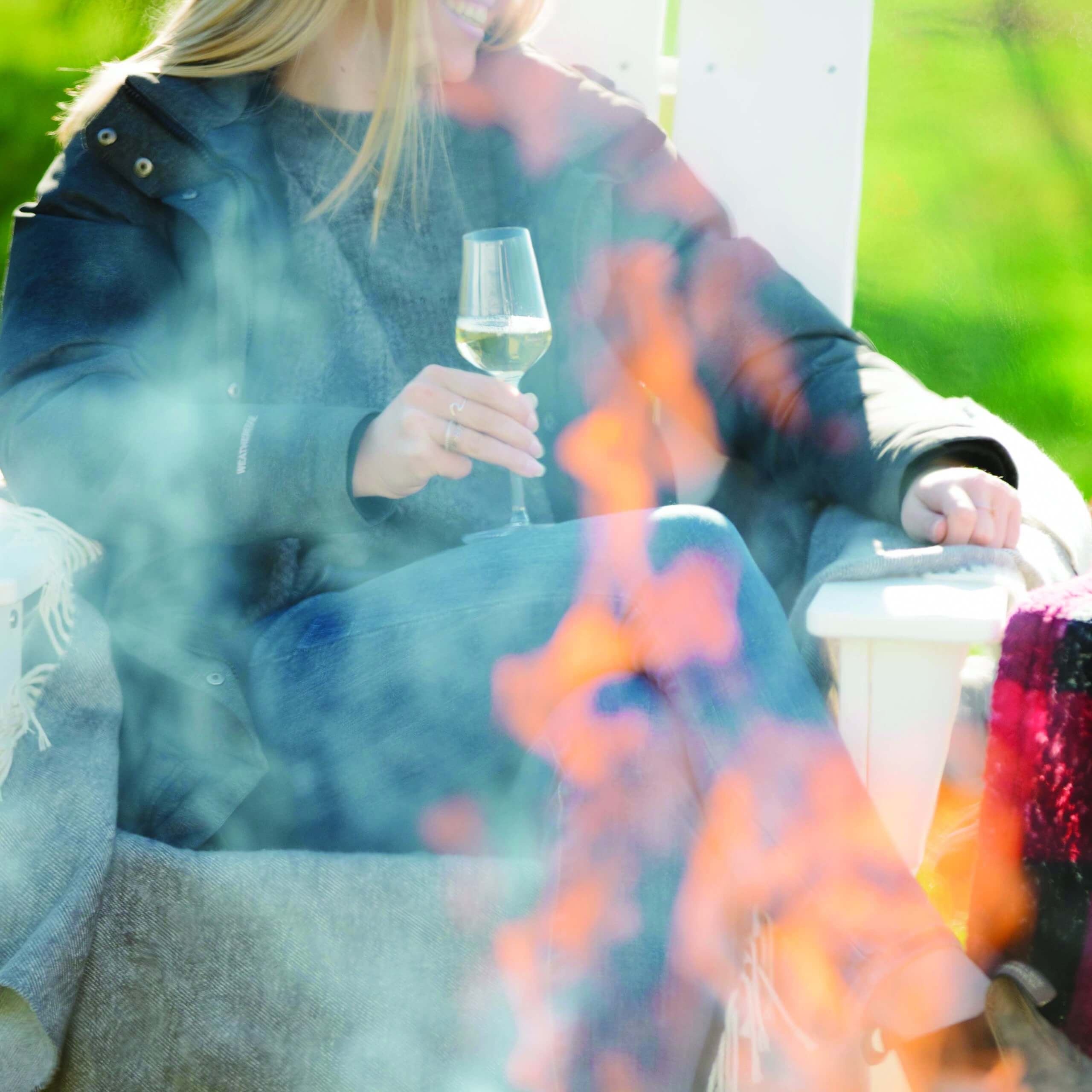 Icewine’s sweetness runs from 160 to 260 grams of sugar per litre. For perspective, that’s about twice as sweet as Coke. This, however, is part of the beauty of icewine when it comes to using it in cocktails: There’s so much sweetness, flavour and body in such little volume. “Icewine is so versatile and perfect to use in wine cocktails as it has lots of acidity, which balances the sweetness,” says Corinne Maund, sommelier at 13th Street Winery in St. Catharines, Ont. “The exotic fruit flavours marry well with aromatic whites or spicy simple syrup.”

“Sweet with sweet is the general rule,” says Nick Gizuk, winemaker at Inniskillin Niagara Estate Winery. “But Icewine can also be paired with other dishes due to its acidity and beautiful concentration of flavours.” It suits spicy foods, and paired with a cheese platter? Wow. Gizuk loves Icewine with blue cheese, crackers and honey.

Enjoy Icewine at one of these amazing wineries in the Niagara region.

Icewine & Ice Cream offers pairings that are pure heaven! This daily event provides a tasting flight of three Château des Charmes VQA Icewines as well as a Vidal Icewine served with an ice cream dessert or drizzled over top of one. 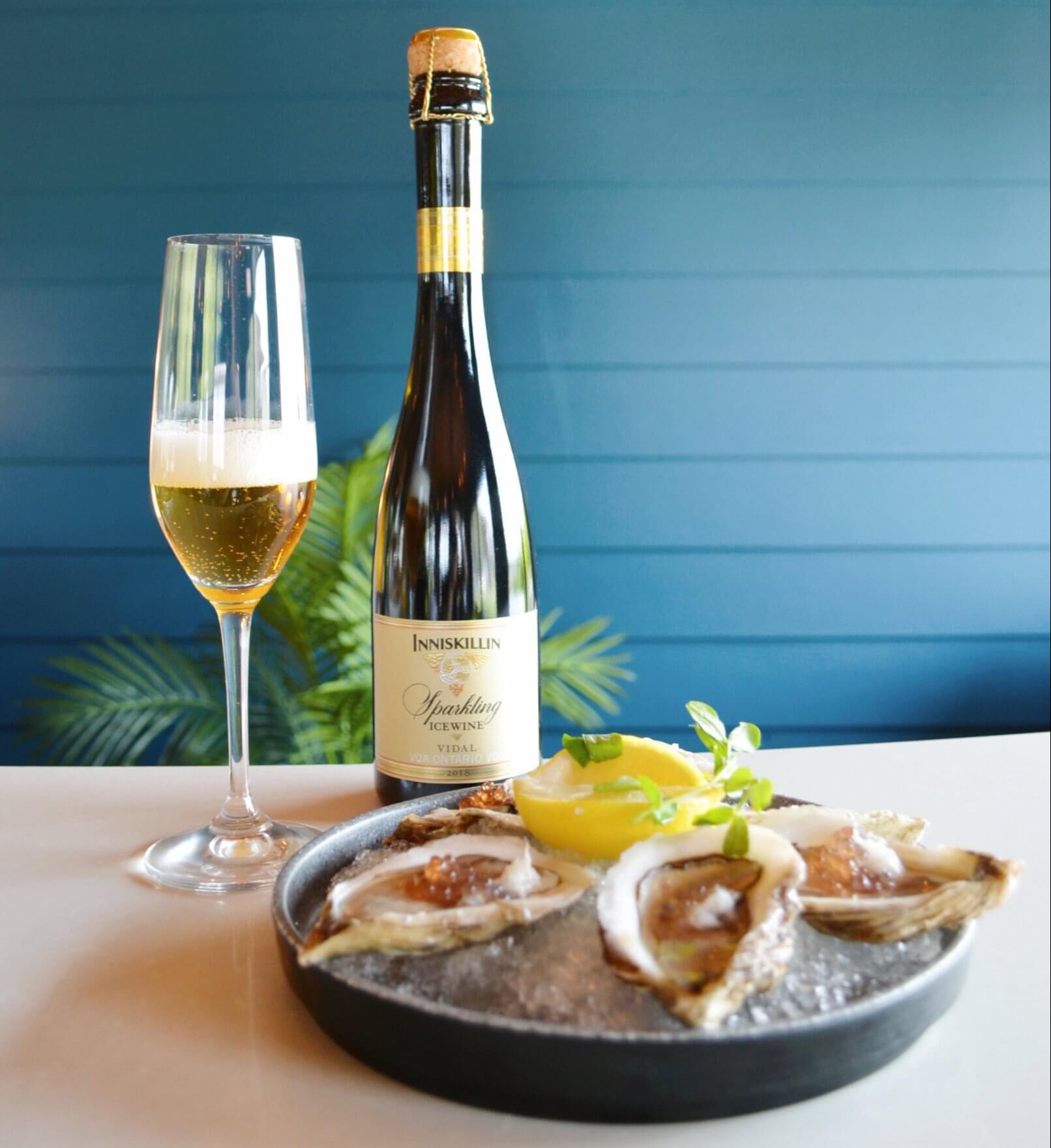 Enjoy the opportunity to be guided by the estate’s winemaker through a rare tasting of current and exclusive back vintages. Sip five exceptional wines accompanied by cheese and charcuterie. 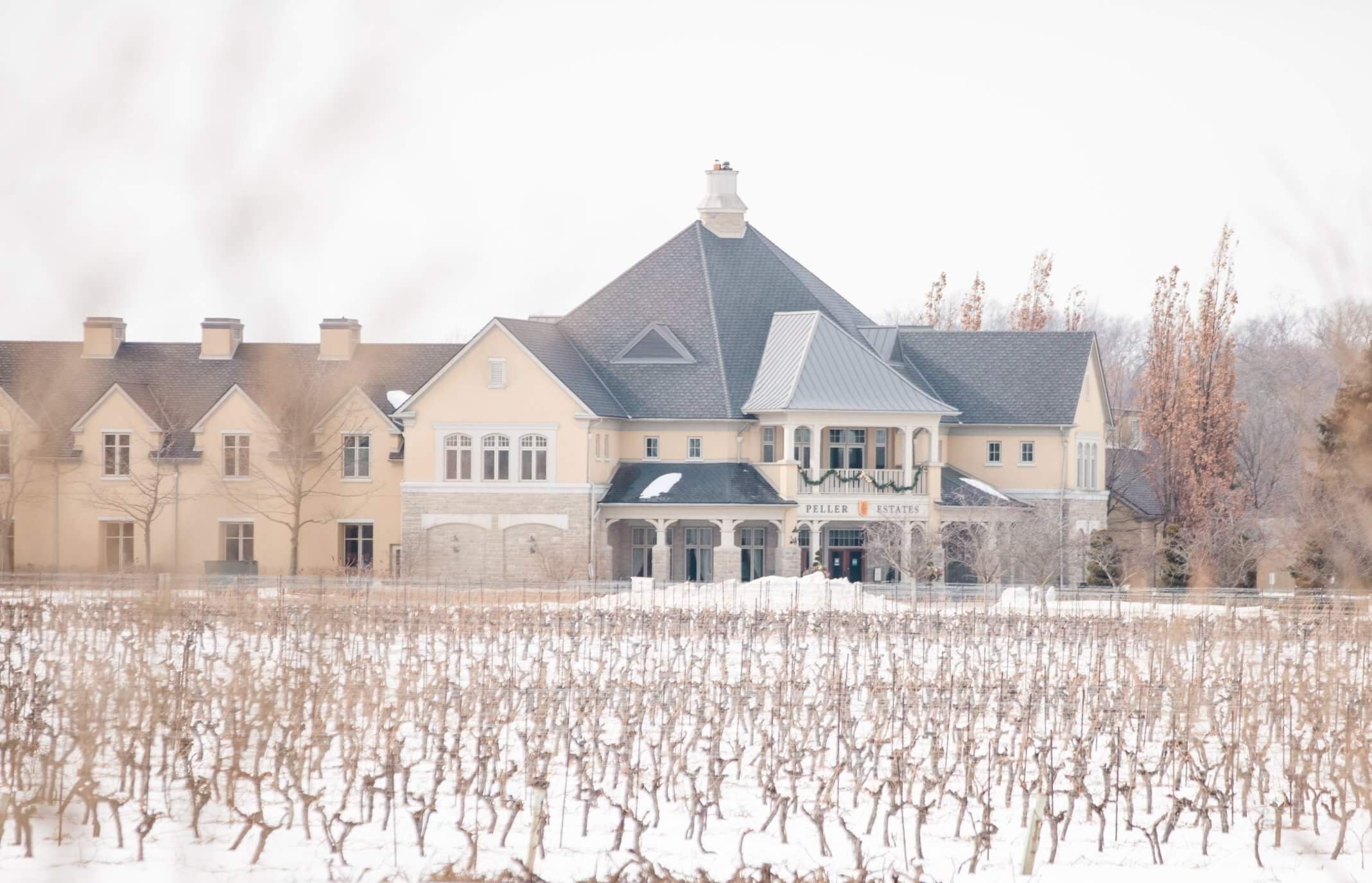 Join one of the Greatest Winery Tours, which happen daily at the estate and include a stop in the one-of-a-kind, 10Below Icewine Lounge for a tasting of the winery’s liquid gold. 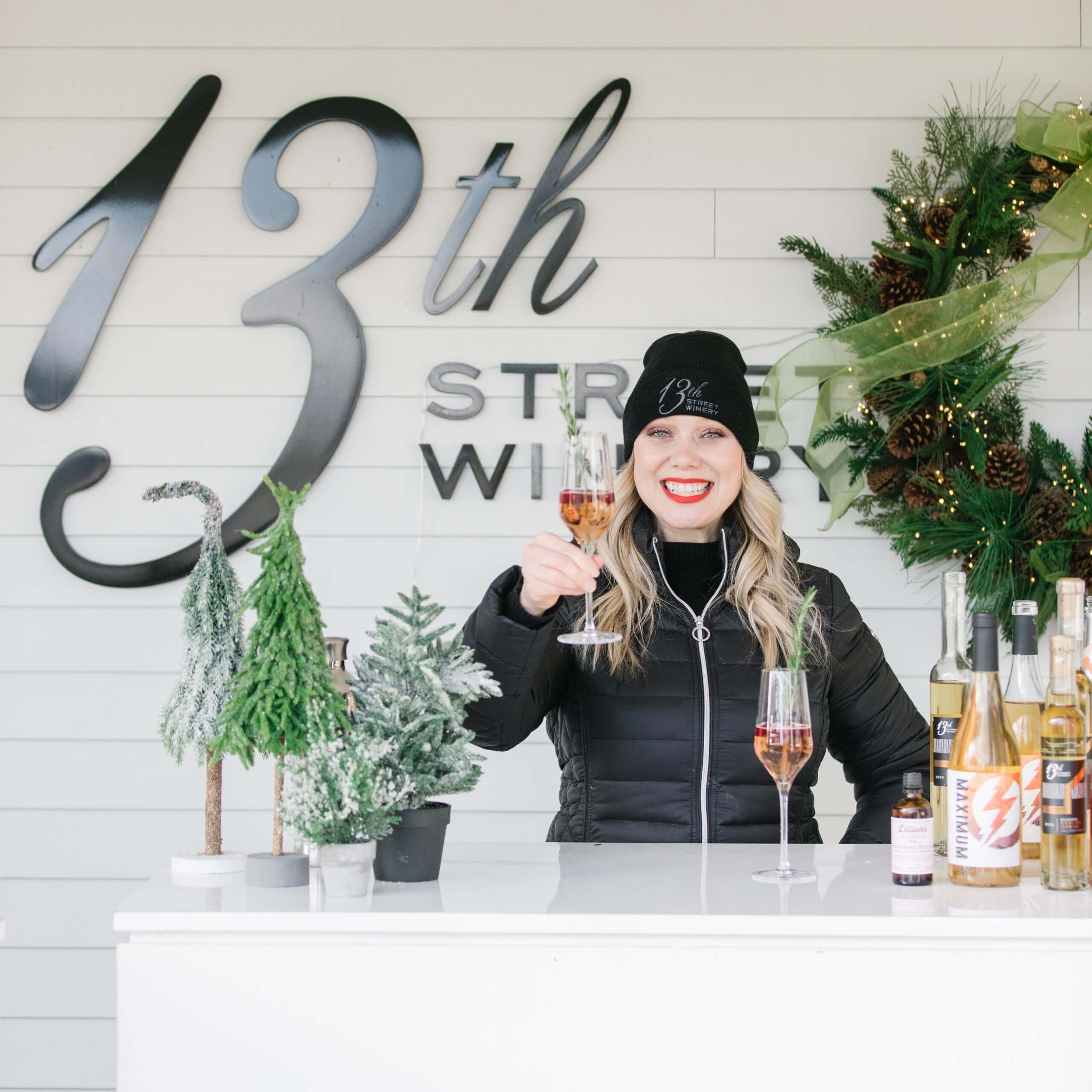 Attend one of the winery’s Fireside Flights, which are on Fridays and Saturdays from Thanksgiving through March. Included is an hour-and-a-half firepit reservation (for up to eight people) as well as a tasting and conversation with a wine consultant. 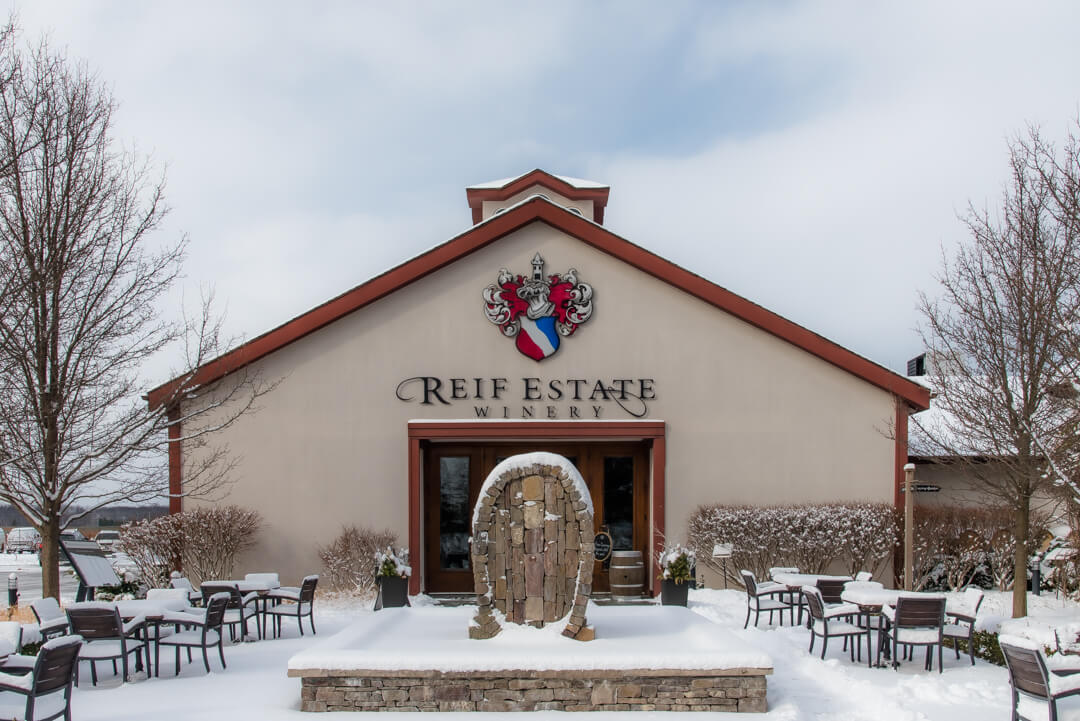 Sign up for one of the estate’s daily Icewine tastings happening from November through March. Enjoy four outstanding samples from this acclaimed Icewine maker—one of the region’s pioneers—and try delicious pairings such as a 2017 Riesling Icewine with chocolate-dipped oranges.

From beach bbqs to a Michelin-star chef, the Cayman Islands has a culinary scene for every

From traditional street food to award-winning cocktail bars, these culinary treasures in Oaxaca can’t be

Here are all the eateries deemed the best of the best for 2022.

This family-owned boutique winery has it all, from seaside views to the perfect tasting menu.

The trendiest vegan restaurants, cafes and bakeries in Paris for plant-based foodies.