Jennifer Emilson can make any kind of meatball. German, Swedish, Moroccan, you name the type of meatball and Jennifer can make it. “Oh, my freezer is just one big meatball repository,” she says. “My Italian meatball recipe… I have Italian friends who now make this recipe because it’s better than their mom’s.” An impressive feat for a recipe writer and food blogger, to be sure, but one that came after an exhaustive time refining the formula for her perfect Italian meatball. So far, Jennifer’s dedication to recipe refinement appears to be her modus operandi.

With the release of her first cookbook The Lemon Apron Cookbook, Jennifer is following a trajectory that many food bloggers only dream of. She grew up around great meals (her parents brought their family recipes with them when they moved to Canada from Germany), and her sister went to culinary school. Before she began her food blog, Jennifer was an illustrator and interior designer. After she started posting pictures of her home-cooked meals on Instagram and received kudos for her feed, Jennifer started a food blog in 2015 and named it The Lemon Apron in honour of the first apron she ever owned. Her inaugural recipe was for her decadent Pear and Chocolate Scones, a recipe as popular now as it was then.

The Lemon Apron is a tribute, Jennifer says, to the memories and flavours of her childhood – her mother’s traditional German recipes in particular. Dishes like Sauerbraten With Spätzle (Jennifer refers to it as a German version of roast beef with Yorkshire pudding) and Fleisch Rouladen (savoury meat rolls stuffed with mustard, bacon, pickles, and onions) are favourites, as well as her version of her mother’s famous Chicken and Rice. When her mother became ill, Jennifer made sure to spend time learning how to make these traditional family favourites right from the source. She knew that, even after her mother passed away, these recipes would continue to be cherished.

But having her mother teach her how to cook was more complicated than Jennifer thought it would be. After all, teaching cooking is a very different skill than actually cooking. “This was how my mum taught us to cook: I’d say ‘Mama, how much paprika did you put in?’ And she’d give [me] some [of what she was cooking] and say, ‘until it tastes like this,’” Jennifer recalls. “And I’m like, ‘Okay. Well, that didn’t help.’ So I shadowed her.” She began to watch more closely and started keeping notes on important things like ‘what spoon sizes’ and ‘ingredient ratios’ thather mother was using. By the time her mother passed, she had learned enough about her family cooking legacy that she could start writing recipes, and perfecting them in her late mother’s honour.

Jennifer started working on The Lemon Apron Cookbook right before the 2020 COVID lockdowns, so the project didn’t come to fruition for some time. “[The cookbook] has already been a part of my life for so long that to finally have it [published] for everyone else… Not that it’s not exciting, but I’m like ‘okay finally!’” she says with a laugh. Every recipe in the cookbook has gone through her rigorous testing, including her Cinnamon and Sumac Sauteéed Brussel Sprouts and her cheerful lemony Chicken and Yellow Zucchini Avgolemono-Style Soup. Jennifer also tweaked her Savoy cabbage rolls recipe until she had perfected the right mix of spices, and she also edited (and re-edited) her late mother’s chicken and rice recipe until she was finally enough happy to have it be one of the stars in the cookbook.

The Lemon Apron Cookbook is now officially on shelves, and Jennifer is still doing what she does best: experimenting and creating recipes. Since writing the cookbook, Jennifer has embraced a gluten-free diet, and she’s already well on her way producing innovative new recipes. Ultimately, it’s the process itself of ideating and developing that Jennifer finds value in.“I’m a creative by nature,” she says. “Cooking is my outlet now.” 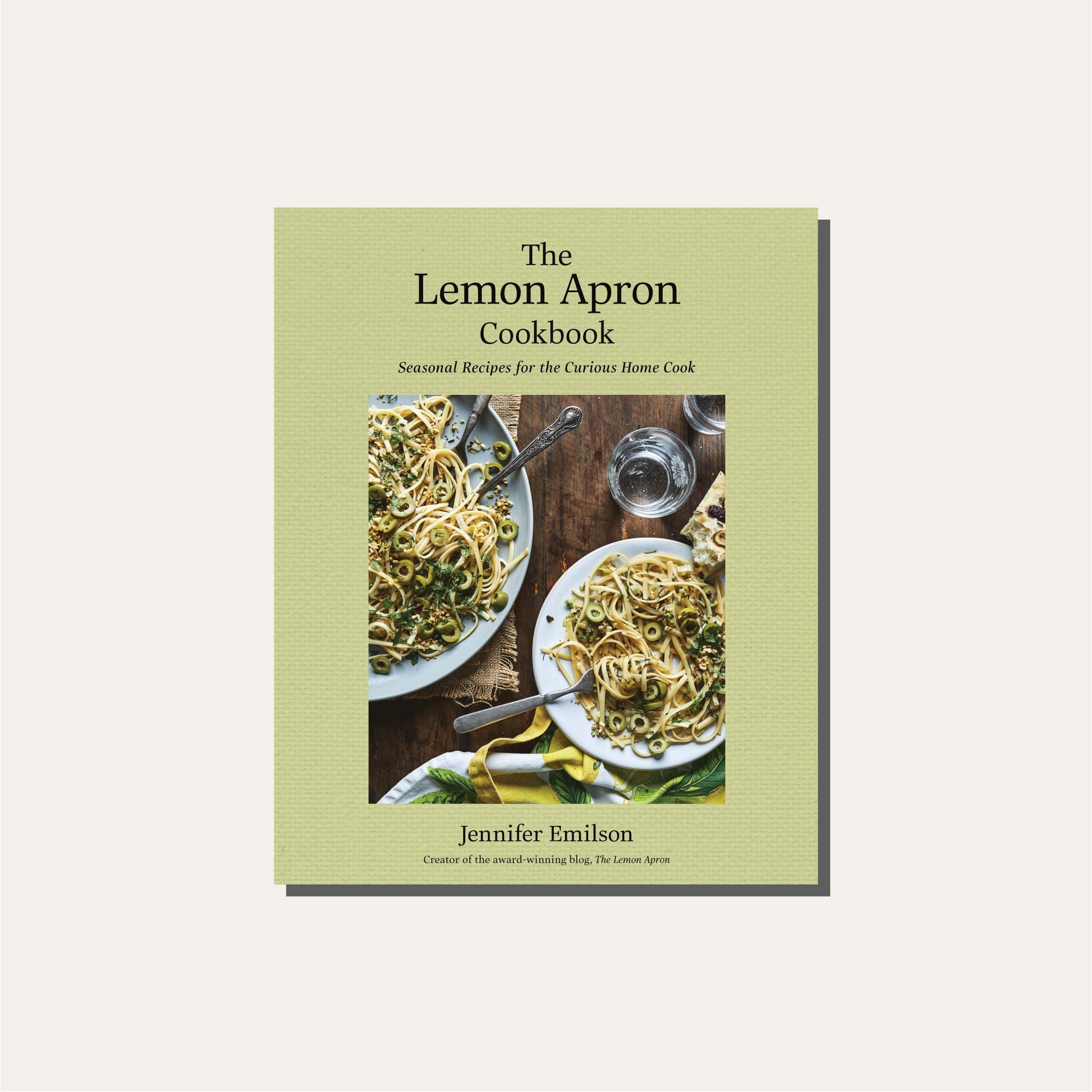 Tools of the trade for a perfect Thanksgiving dinner.

TV chef Mary Berg is back

It's called the Taco, and you need one.