Before the pandemic, I had stopped drinking tea. I still loved it but my day began with morning coffee, possibly a smoothie at some point, then countless glasses of water. Riveting stuff, I know, but bear with me. I was bored with all the water and didn’t want to drink coffee late in the day, but wasn’t inspired by my stash of teas – they were good-enough quality but just kind of insipid.

So, I started googling some options and discovered Blink Tea. It’s like the wine of teas with complex flavour profiles, varying levels of strength and deft balances of tasting notes. Blink’s Founder Michael Prini, a writer, former TV producer and media expert turned tea sommelier, started the brand determined to upend the world of tea.

“We’ve kind of turned tea on its side,” he says. “As I dove deeper into the world of tea, I realized that it’s a product that’s wide open to interpretation, which can lead to confusion. Blink Tea places full-flavour, authentic, farm-to-cup teas and herbals into Bold, Medium and Mild verticals, each with a wide range of taste experiences.”

Blink’s Cream of Earl Grey, one of my favourites, falls in the Bold (or audacieux) vertical and I love how its signature florals are tempered by rich malty notes and vanilla extracts – it is a simply scrumptious pairing with cookies. 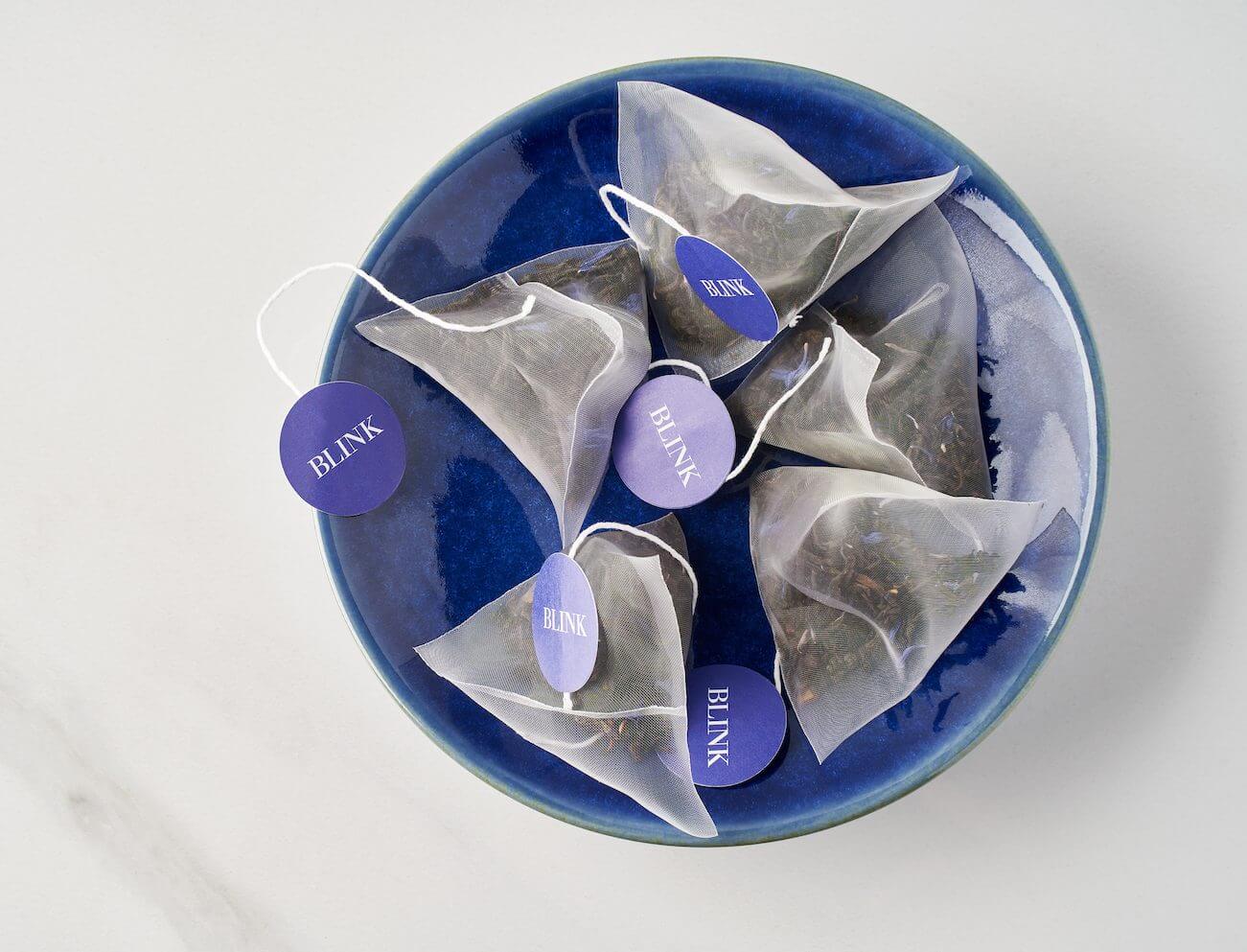 Michael is hard-pressed to pick his favourite. “It’s difficult as each tempts my tastebuds in its own unique way. So, I admit that I switch allegiances fairly often,” he says. “My current fave is Organic Roasted Iron Goddess, a dark, or ‘long’ Taiwanese oolong. The tightly rolled leaves languidly unfurl, while steeping to reveal taste hits of chestnut, baked pear and granola. Legend has it that a rusty statue of the Buddhist Goddess of Mercy spoke to its poor caretaker in a dream, revealing shoots of a lone tea tree that eventually bestowed good fortune to his entire village. “Could this story work for Netflix?” he laughs.

Blink offers both loose and bagged tea and the silky tea pouches are created with care (read: no micro-plastics). “The pyramid tea bag material is plant-based and biodegradable,” says Michael. “It’s called SOILON, which is derived from corn starch. The mesh offers excellent permeability for steeping, contains no endocrine disruptors (environmental hormones) and is completely biodegradable in soil – good for compost. There’s no emittance of hazardous gases, such as dioxin, if the bags are burnt rather than decomposed. They’re also antibacterial and antifungal.”

Michael is more certain about his favourite way to work Blink into a cocktail and this drink circles back to my preferred pour. “We gave the traditional French 75 a taste update by using Cream of Earl Grey-infused gin, which softens the shoulders of this classic cocktail while giving it a bit of brightness. There’s nothing that puts me in a more Parisian state of mind than this frosty, fizzy, très chic libation.” 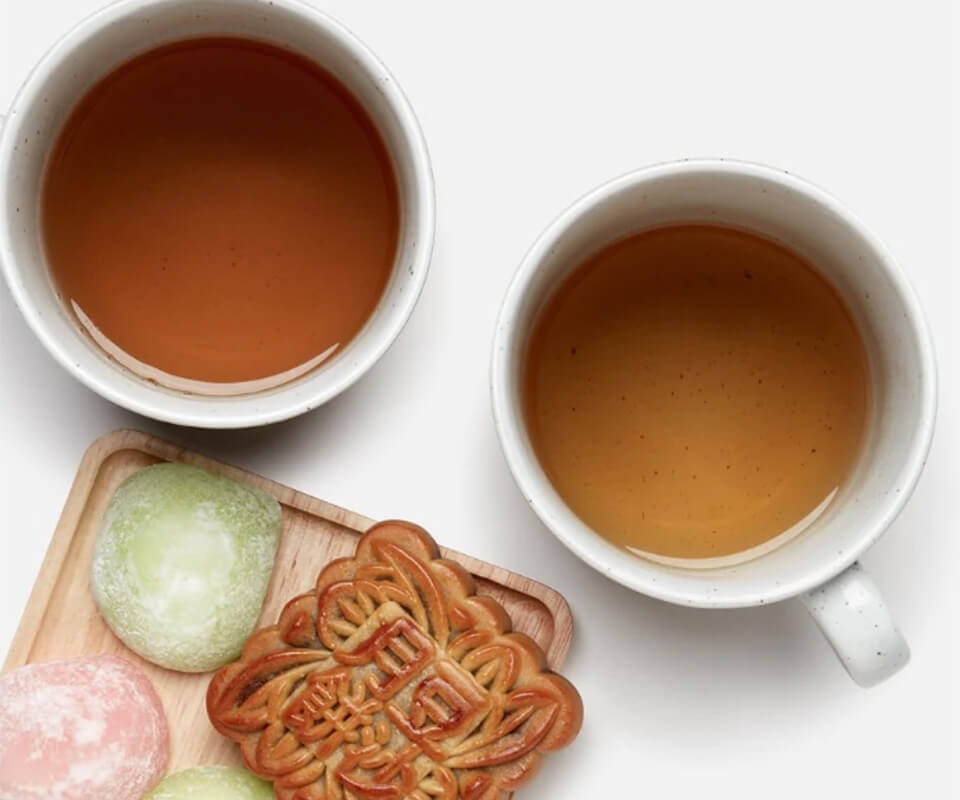 Blink currently has 33 different blends, ranging from classics like Organic Darjeeling and Peppermint to more inventive options, such as Beetroot Latte Blend and Organic Turmeric Gold, and all can be enjoyed in unexpected ways. “Becoming a tea sommelier opened my eyes to other, perhaps non-traditional, ways to see tea,” says Michael. “It works in smoothies, milk shakes, on ice-cream, in soup, barbecue rubs; you name it!”

His passion and dedication to provenance and quality ingredients have made Blink a brand to watch (before lockdown, he couldn’t keep up with orders from many of the city’s high-end restos who were proud to pour this at their fine establishments). For me, it’s put some excitement back into brewing a cuppa.

“Tea can help launch our day, keep us focused on a project, calm us down, juice up a cocktail or hydrate during a workout,” says Michael. “All of that and more exists in one little leaf, how and where it’s grown, harvested and processed. Tea has an intricacy, a language that’s shared with other fine cultivated products like wine and cheese. It is a tasty and affordable indulgence that deserves to be part of our lifestyle.”

Indeed, and right now I can’t decide if my style is Imperial Golden Monkey or Cacao Pu’Erh – either way, it will be delicious finding out.

We’re obsessed with the lemony-orange-lime flavour of yuzu

These citrus-bright recipes will make you feel happy even on the darkest days.

Forget about cheese and charcuterie. This holiday season, it's time for seacuterie.

From classic Chicken and Rice to Rhubarb Bumbleberry Crumble, The Lemon Apron Cookbook includes a legacy