These flavourful zucchini fritters have grated carrot, lemon zest, sea salt, cumin and a touch of chili powder. The creamy and garlicky cashew aïoli is made using Logan Petit Lot’s Cashew Butter Sea Salt. Pack up any leftovers – if there are any – for lunch the next day. 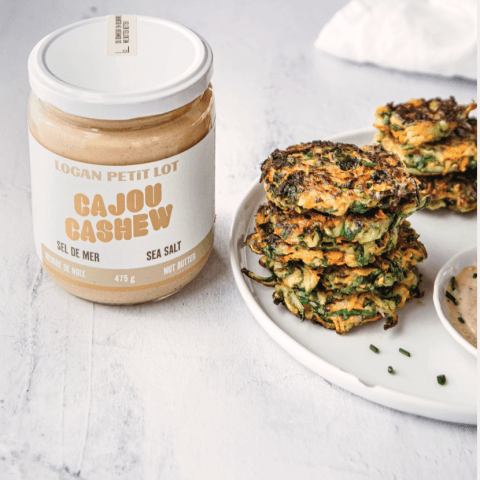 These fritters are a great way to use up all the zucchini in the garden at the end of summer. We serve them with a creamy garlicky cashew aïoli made with our Cashew Butter Sea Salt.
Print Recipe Pin Recipe
Course Appetizer, Main Course
Cuisine Vegetarian
Servings 8 fritters