This roasted cauliflower main is elegant enough to serve to friends and family yet simple enough to keep you out of the kitchen. Mostly, though, it’s really delicious. Serve it family-style in all its glory with some flatbread tucked in alongside, or, if you prefer, cut into four dramatic wedges to serve individually and pile each with a quarter of the toppings. 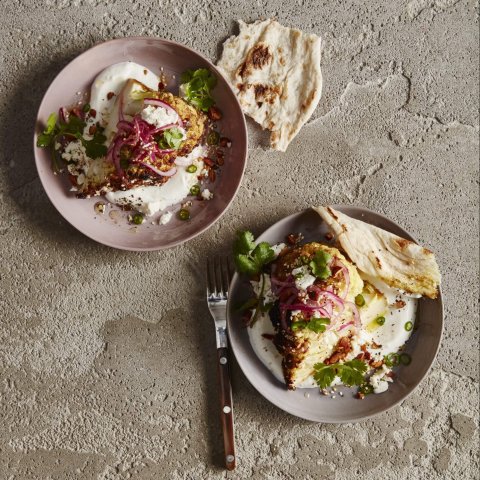 A keeper recipe from Smitten Kitchen highlights the seasonal squash of your choice.